“Coming Home” to the Big Easy

The 9th annual Saints and Sinners Literary Festival was held on May 12-15 at various venues in New Orleans.

The publication of Saints and Sinners 2011: New Fiction from the Festival was celebrated at a book launch party at the Hotel Monteleone on Thursday night. The short story anthology was published by QueerMojo, an imprint of Rebel Satori Press. 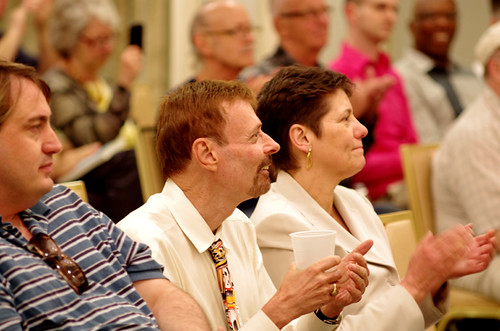 Contributors David-Matthew Barnes, J.R. Greenwell, Jeff Lindermann, Felice Picano and the author of the winning story, Sally Bellerose, all read from their work. Bellerose has a track record as a winner; at last year’s Saints and Sinners festival Bellerose received the Bywater Prize for her debut novel, The Girl’s Club, which was available for purchase at the conference this year. 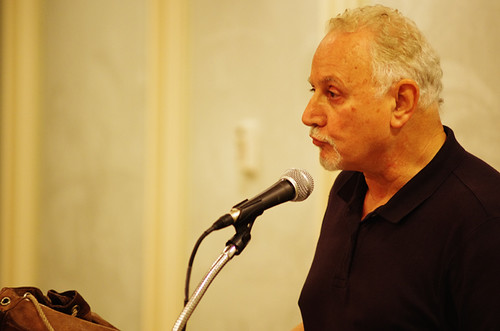 On Friday, festival participants had a variety of master classes to choose from. Felice Picano discussed the importance of setting the story in history for its success, while Jess Wells explained how to make setting work in a story. Jen Violi encouraged writers to remember why they love to write, and Aaron Hamburger offered guidance on using eroticism effectively.

Achy Obejas addressed the topic of conflict, Michael Thomas Ford had practical strategies for the writing life, and Michele Karlsberg and Collin Kelley gave advice and ideas about social networking.

In the evening there was a party at the Le Petit Theatre, the oldest continuously running community theatre in the country. The lovely inner courtyard, complete with koi in a fountain, was filled with people catching up with old friends and making new ones, while a talented guitarist serenaded the crowd.

Saturday was the first full day of the festival. Festival-goers monopolized the lobby of the Bourbon Orleans hotel—lounging on the sofas and chairs, browsing at the tables offering books by festival participants. There were panels on self-editing, writing for the young adult market, and historical fiction, among others. Jewelle Gomez offered a panel called, “Poetry: The Silky Words of Seduction.” Jewelle was celebrating the 20th anniversary of the publication of The Gilda Stories. 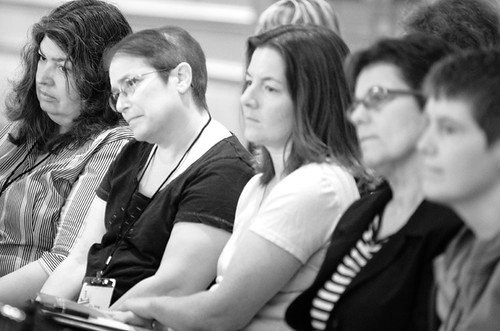 One unscheduled item that many visitors—and locals—made time for was a short walk to check out the Mississippi River. It was a sobering sight; steps by the riverbank were submerged in water, and there were whitecaps farther out. 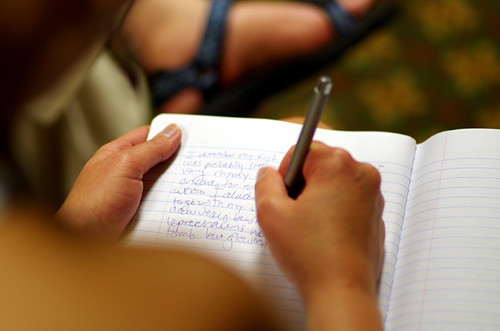 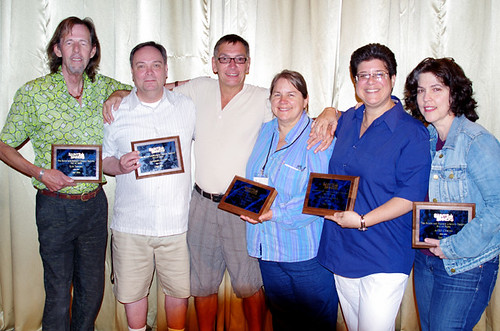 Many of those who attended commented that coming to New Orleans for Saints and Sinners felt like coming home. Organizing the festival takes an enormous amount of time and effort, so kudos to festival director Paul J. Willis, Greg Herren and Amie Evans for another successful event.

Carol Rosenfeld's work appears in several anthologies including the Lambda Literary Award winning collection Best Lesbian Erotica 2003 (Cleis). She is the chair of The Publishing Triangle.